ALASKA – A TRUE GETAWAY
My first cruise to Alaska was in 2004.  It had always been on my Bucket List, but I had no idea how much I would love this part of the country and how many times I would return.  I have been to Alaska about 10 times and look forward to my (almost) annual pilgrimage.  There’s something to be said about leaving behind the heat of summer, and the daily stresses of life and entering this serene, peaceful, and cool weather world.

What is the best way to see Alaska?  There are several options to choose from, but to enjoy the most relaxing and well-planned trip, cruising is truly one of the best choices.

CRUISING:  Cruises are a great way to see Alaska’s glaciers, mountains, and marine wildlife, as well as its small towns that seem almost untouched by the rest of the world.  Roundtrip cruises depart from either Seattle, Washington or Vancouver, British Columbia.  Either option allows you to experience a different lifestyle than you may be accustomed to.  Seattle offers the urban vibe, with great restaurants, a busy and interesting waterfront, and views of Mt. Rainier.  Vancouver is known for its beautiful scenery, fabulous Asian cuisine and Stanley Park is one of the best parks I’ve ever been to. 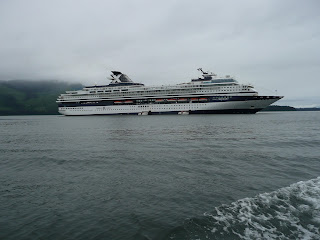 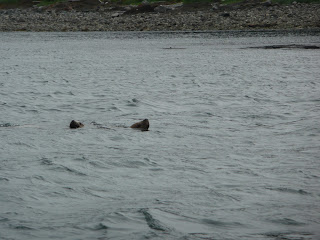 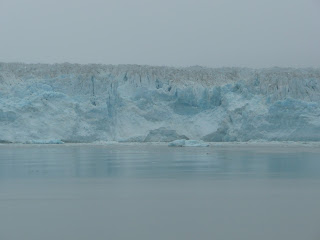 CRUISE AND LAND:  Cruise and Land Journeys offer you an even more intense view of Alaska.  Cruises are one-way, usually between Fairbanks and Vancouver.  Add on the land portion from 3 – 10 additional nights and visit Denali National Park, Talkeetna, Alyeska, Seward, Anchorage, and more.   Try your hand at gold-panning; enjoy the 360-degree views on a rail journey; watch for wildlife; and relax and rejuvenate at the base of Mt. Denali (formerly Mt. McKinley).

A highlight of all of my trips to Alaska will always be my Helicopter Icefield Tour while in Juneau.  I had never been in a helicopter so that was cool in itself.  It became even better as we soared over several mountain tops, viewed glaciers from above, and finally landed on a glacier, where we were able to explore this amazing feature of Alaska on foot.  I will never forget this awesome experience. 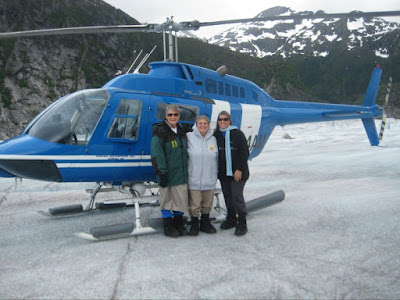 If you have never been to Alaska – Go!  If you have already been there – Go Again!  It’s an ever changing world and one that shouldn’t be missed.

Let me help you plan your next adventure!

Posted by Travel Adventures by Michelle at 10:39 AM No comments: